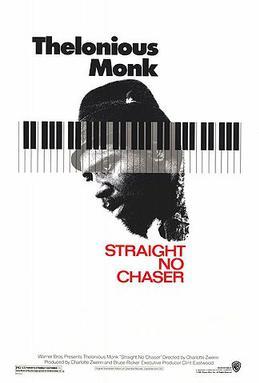 Thelonious Monk: Straight, No Chaser is a 1988 documentary directed by Charlotte Zwerin.

It is, as one might guess from the title, a documentary of the life of legendary jazz pianist, composer, and bandleader Thelonious Monk (1917-1982). Much of the film was culled from raw footage originally taken of Monk for a 1967 German television special, which reportedly included the only live footage of Monk offstage. This material was complemented with other Monk concert footage, interviews with people who knew him—his son Thelonious Monk Jr., his managers Harry Colomby and Bob Jones, and others—as well as new footage of Monk's friends performing some of his compositions.