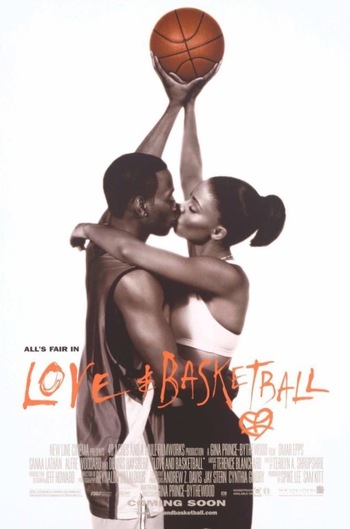 Quincy McCall (Epps) and Monica Wright (Lathan) have been next-door neighbors and Vitriolic Best Buds since childhood, with both sharing a great love for basketball and aspiring to become stars in the NBA leagues. The film chronicles their intertwining lives over a decade, as they grow from childhood to high school, then move on to college and finally chase their respective dreams. Along the way, they both must cope with individual trials, disappointments, and their ever-present attraction toward each other both on and off the court.

For those who haven't seen it yet, spoilers will be marked.

Tropes present in Love and Basketball: