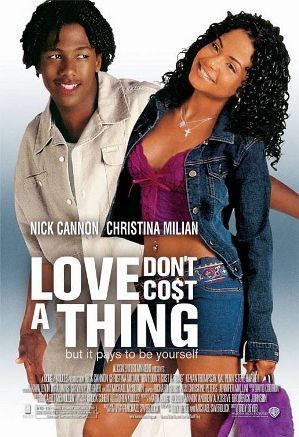 It pays to be yourself!
Advertisement:

This 2003 comedy movie, directed by Troy Beyer, is basically Can't Buy Me Love but remixed with a black cast.

Alvin Johnson (Nick Cannon) is a lovelorn hideous nerd who is smitten with the school's most popular and hard-bodied princess, Paris Morgan (Christina Milian). Alvin, a mechanic, helps Christina out when she ruins her mother's truck and in lieu of payment, accepts her decision to make him popular for two weeks. Hilarity, misogyny and a barrage of morals and aesops ensue.