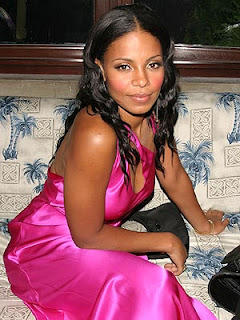 She's best known for her leading role as Monica Wright in Love & Basketball, starring opposite Omar Epps, and also for her role as Sidney in Brown Sugar opposite Taye Diggs. She has also appeared on television, previously in sitcom roles and most notably as Michelle Landau in Nip/Tuck, and she has also been a voice actor in animated projects (most famously as Donna Tubbs on The Cleveland Show). She also has been in several notable stage productions, most notably in A Raisin in the Sun on Broadway in 2004.

Tropes applicable to her: