Film / She's Gotta Have It 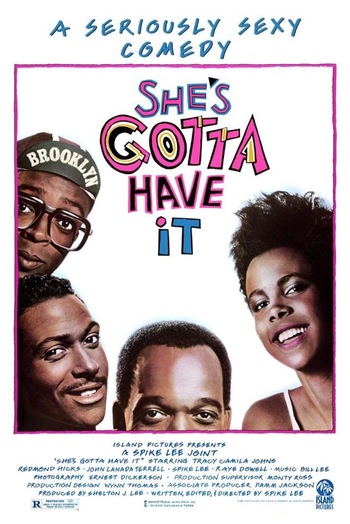 The feature debut of writer/director Spike Lee, She's Gotta Have It is a 1986 romantic comedy-drama starring Tracy Camilla Johns, Tommy Redmond Hicks, John Canada Terrell and Lee himself, about a woman seeing three men at the same time. Many people know of it from the early Nike Air Jordan commercials, which featured Lee as his character Mars Blackmon.

It was remade as a 2017 TV series on Netflix, with Lee serving as executive producer.