Film / There It Is 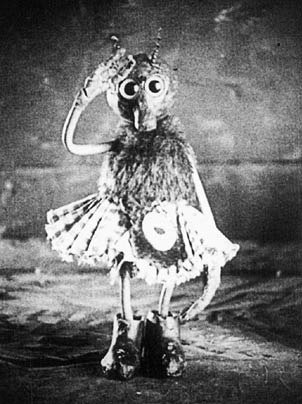 There It Is is a surreal 1928 short comedy film directed by Harold L. Muller, starring Charley Bowers.

The Frisbee mansion is being plagued by a surreal spirit, the "Fuzz-Faced Phantom", who does things like make a fully-grown chicken appear from an egg and make a pair of pants dance. The panicked Frisbee patriarch calls Scotland Yard and summons a detective, the goofy MacNeesha (Bowers). MacNeesha boards a ship and comes to America to investigate just what is going on at the Frisbee residence. He brings along with him his sidekick MacGregor, who is, uh, a fly.