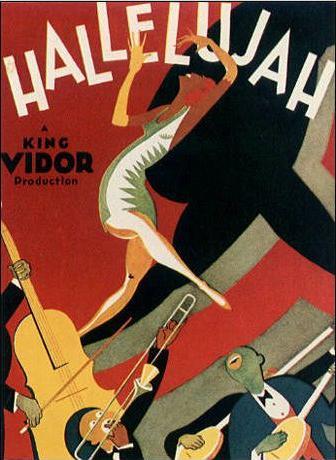 Zeke (Haynes) is the eldest son of a family of black cotton farmers somewhere in the Deep South. Zeke and his little brother Spunk go off to the big city to sell their cotton crop. They do, getting $100 for their harvest, but Zeke wanders into a juke joint and into the clutches of scheming Chick (McKinney, playing a sexual temptress despite being only 16 years old). Chick and her partner Hotshot run a scam, luring Zeke into a rigged dice game and relieving him of all his family's hard-earned money. Zeke pulls a knife, Hotshot pulls a gun, and tragedy ensues. A grieving Zeke starts a new life as a traveling preacher, but his religious commitment is called into question when sexy Chick enters his life again.

Hallelujah! might be one of the most remarkable examples of Fair for Its Day in film history. Vidor could write his own ticket at MGM after directing a series of critical and commercial successes in the 1920s (The Big Parade, La Bohème, Show People, The Crowd). Vidor, who was making his first talking film, chose to spend his studio capital on a musical with an all-black cast. A film with an all-black cast is rare in the 21st century, much less in 1929, and Vidor's film also serves as a fine showpiece for African-American music and stage talent of the era, from old spirituals to McKinney's rousing performance of Irving Berlin's "Swanee Shuffle". Yet the film is filled with what can only be described as racist stereotypes. See Uncle Tomfoolery below.