Film / The Fog of War 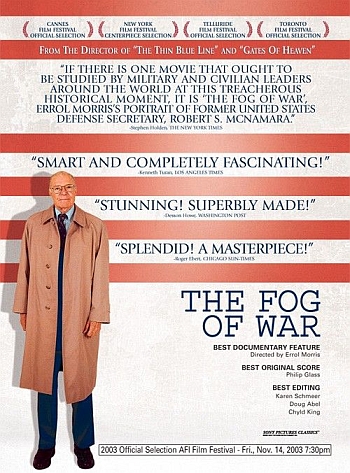 The Fog of War is a 2003 war documentary about the life of former United States Secretary of Defense, Robert McNamara, who served in that position under Presidents Kennedy and Johnson. Through the framework of McNamara's eleven "lessons of war", he examines his own career, with special attention given to his tenure as Secretary of Defense and his role managing The Vietnam War under Lyndon B. Johnson.