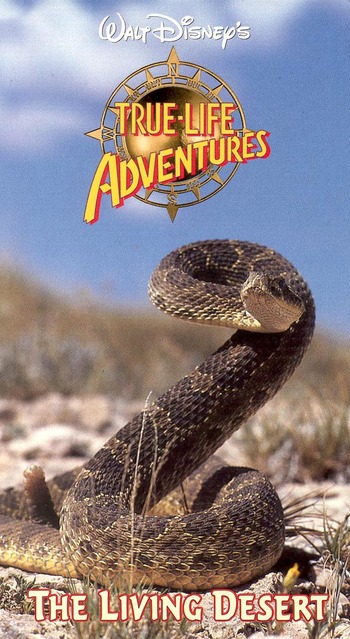 The Living Desert is a 1953 documentary feature from Disney, directed by James Algar.

It was made as part of Disney's True-Life Adventures series of nature documentaries. The Living Desert focuses on the wildlife of the American deserts of the inter-mountain west. After an opening that explains why the American desert is a desert—namely, the Sierra Nevada and Cascade mountain ranges block the moisture coming in from the Pacific, leaving the land east of the mountains dry—the film focuses in on the animals that live in the western deserts. Birds nest in cacti, bobcats chase wild pigs and are chased in return, tortoises battle for a mate, and flowers bloom.

The Living Desert was the first feature length documentary in the True Life Adventures series, which dated back to short film Seal Island in 1948. It also led to a parting of the ways between Disney and RKO, which had been distributing all Disney films since the mid-1930s. After RKO refused to distribute The Living Desert Walt Disney founded Buena Vista Pictures as Disney's in-house distribution arm.