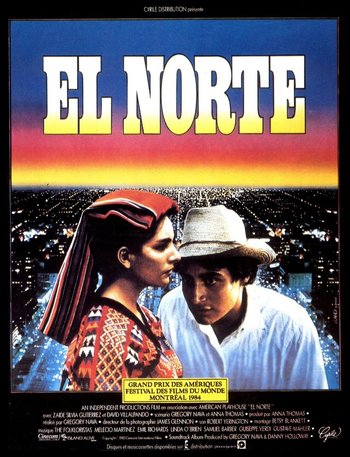 “In the North, we won’t be treated this way.”

Enrique and Rosa Xuncax are ethnic Mayans living in a village in rural Guatemala. Their father Arturo attempts to organize the local coffee pickers into a union, which gets him and his fellow workers murdered by a squad of government stormtroopers. After Enrique kills one of the soldiers and most everyone else in the town is rounded up by the government goon squad, Enrique and Rosa flee for "el norte", i.e., the United States.

They make it to the USA after a difficult, harrowing journey, and they manage to find work. But they continue to struggle, and it turns out that America is not, after all, the land of paradise.