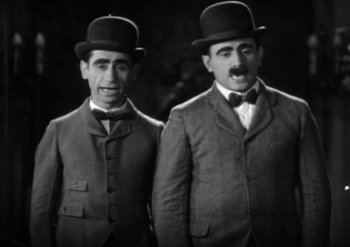 It is a simple recording of a comedy routine by the duo, billed as "Shaw & Lee". They sing a comic song, tell a series of jokes, sing another comic song, and do a little dance, and the film ends. It is perhaps most notable for the manner in which the duo deliver their routine—the jokes are told with the duo staring off into space, making eye contact neither with the camera or each other, this only being interrupted when one partner gives the other a confused look.