Film / Into the Arms of Strangers: Stories of the Kindertransport 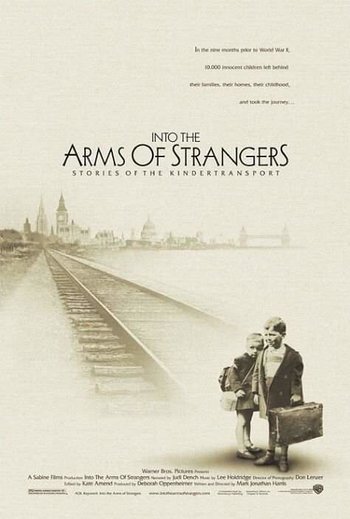 Into the Arms of Strangers: Stories of the Kindertransport is a 2000 documentary feature directed by Mark Jonathan Harris.

It is the story of the Kindertransport

anti-Jewish pogrom of November 1938 shocks the world and increases support in England for efforts to help Jewish people escape Germany. The government of Great Britain agrees to take in Jewish children, but only children, who will be sent out to foster families.

Jewish families across Nazi Germany make the wrenching decision to send their children off to England. The children, initially relieved at escaping Hitler's clutches, must deal with separation from their parents and anxiety over their fates, while having to adjust to life in a foreign culture.