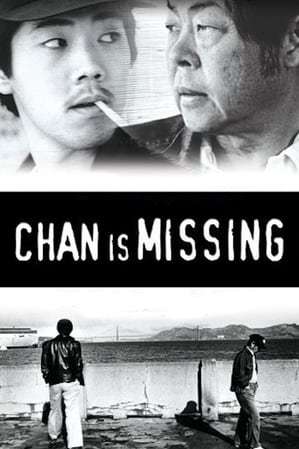 "This mystery is appropriately Chinese: what's not there seems to have just as much meaning as what is there."
Advertisement:

Chan Is Missing is a 1982 film directed by Wayne Wang.

A middle-aged Chinese-American man named Jo is a taxi driver in the Chinatown district of San Francisco. Jo and his young nephew Steve, also a taxi driver, decide to go into business for themselves by buying a taxi medallion (that is, a license to run a taxi business). They ask their friend Chan Hung to help arrange the deal, and give him $4000 for the license. Chan then disappears. Jo and Steve, who want their money but are also concerned for their friend, start searching Chinatown for him. Their detective work leads them all over Chinatown, where they meet a wide variety of characters who together form a portrait of Chinese-American life.

Made on a budget of $22,000, most of which came from a government grant. Famous as the first film made by Asian Americans to get wide distribution in the United States (1916's The Curse of Quon Gwon was only screened twice). Wayne Wang has since gone on to direct big-time Hollywood productions like Maid in Manhattan and The Joy Luck Club.