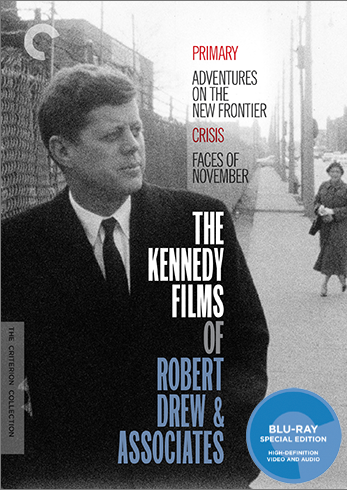 Primary is a 1960 documentary film about the April 5, 1960 Democratic presidential primary election in Wisconsin, and specifically the campaigns of Senators Hubert Humphrey and John F. Kennedy.

Producer Robert Drew and his crew were granted unprecedented behind-the-scenes access to the Kennedy and Humphrey campaigns. Drew's use of innovative lightweight cameras and sound equipment allowed for an intimate, fly-on-the-wall style that was nearly unprecedented for documentaries of the day. The film is now regarded as a breakthrough in direct cinema

filmmaking. Primary was added to the National Film Registry in 1990.

Drew followed up with the subsequent JFK documentaries Adventures on the New Frontier (1961), Crisis: Behind a Presidential Commitment (1963), and Faces of November (1964). The Criterion Collection released a DVD/Blu-ray set containing all four films in 2016.