Literature / The Gift of the Magi 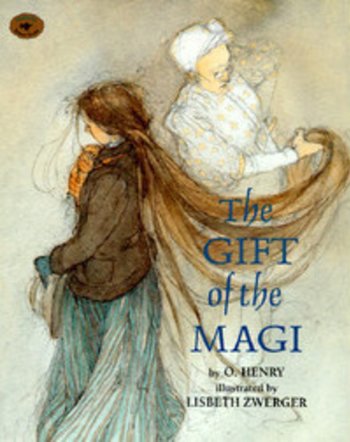 A young married couple, Jim and Della, have very little money, but each has one treasure: she has long and beautiful hair, and he owns a valuable heirloom pocketwatch. Desperate to give her man something nice for Christmas, Della sells her hair to a wigmaker to buy a chain for Jim's watch. When she proudly presents it to him, he reveals that he sold the watch to buy a set of combs for her hair.

This story has become one of the all-time classic Christmas stories, and with good reason. Also frequently used to teach Dramatic Irony. A popular source for Whole-Plot Reference; see Gift of the Magi Plot. It was set as an opera by American composer David Conte.

"The Gift of the Magi" provides examples of: