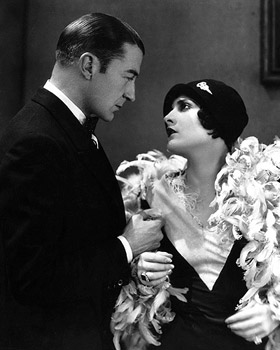 Underworld is a classic 1927 Silent Movie directed by Josef von Sternberg that marks one of the first ever gangster movies (the ones that preceded it, like 1913's The Musketeers of Pig Alley, are far more obscure).

Boisterous gangster kingpin Bull Weed rehabilitates a former lawyer from his alcoholic haze, but complications arise when the latter falls for Weed's girlfriend.

Not to be confused with the similarly titled vampire/werewolf film franchise Underworld (2003).