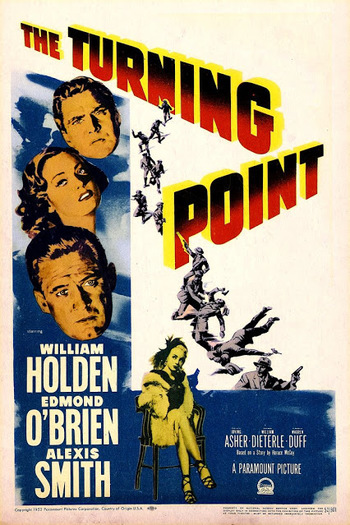 District attorney John Conroy (O'Brien) and newspaper reporter Jerry McKibbon (Holden) attempt to weed out a criminal syndicate in their city, only to discover that Conroy's own police officer father, Matt (Tom Tully), may be involved in the conspiracy. Meanwhile, the racketeers become increasingly ruthless.

This page is Spoilers Off due to the nature of the film.