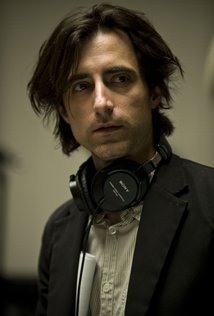 Noah Baumbach (born September 3, 1969) is an American director known for his depictions of upper-middle-class ennui.
Advertisement:

He is a close collaborator with, and often compared to Wes Anderson, to the point where the two of them co-wrote The Life Aquatic with Steve Zissou and Fantastic Mr. Fox together and even share a producer in Scott Rudin. They also have a similar “quirky” style of films, though Baumbach's films usually deal with darker elements than Anderson’s.

Baumbach was married to Jennifer Jason Leigh from 2005 to 2013. He‘s now in a relationship with Greta Gerwig.