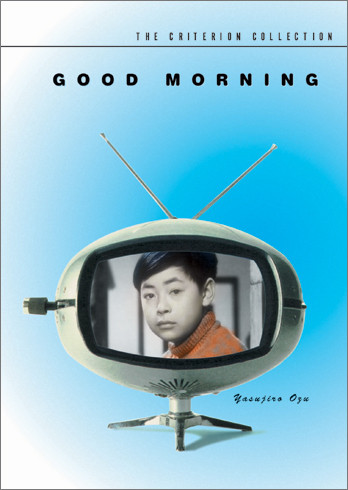 Good Morning is a 1959 Japanese film directed by Yasujiro Ozu.

It is a comedy about the neighboring families in a quiet Japanese suburban residential neighborhood. The two boys of the Hayashi family, pre-teen Minoru and his adorable little brother Isamu, want a television set so they can watch sumo wrestling. They throw tantrums when their parents won't get them one, and finally they resort to the silent treatment, refusing to speak to their parents or any other adults. Other plot threads include the dues for the women's club, which Mrs. Hayashi was supposed to collect but which have disappeared, and the boys' friendly English teacher, Mr. Fukui, who has a crush on the boys' aunt Tamiko.