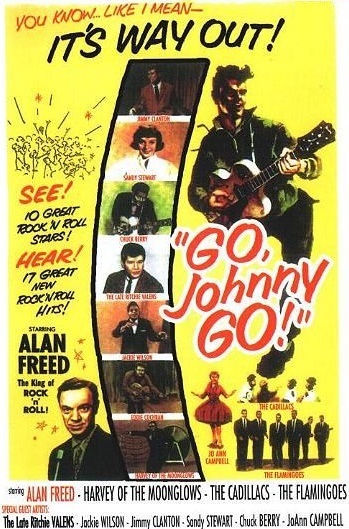 Despite the name of the film coming from the hit song "Johnny B. Goode" by Chuck Berry and Berry appearing in the film As Himself, the film is actually centered on a young singer who goes by the stage name of Johnny Melody (Jimmy Clanton). Berry and disc jockey Alan Freed (also playing himself) discuss Freed's discovery of Johnny, telling his story: Johnny was once a choir boy from an orphanage with a love for rock 'n' roll that at first few others share. As years pass, he re-connects with an old friend from the orphanage, Julie Arnold (Sandy Stewart), just as Freed announces a talent search for the next big singer.