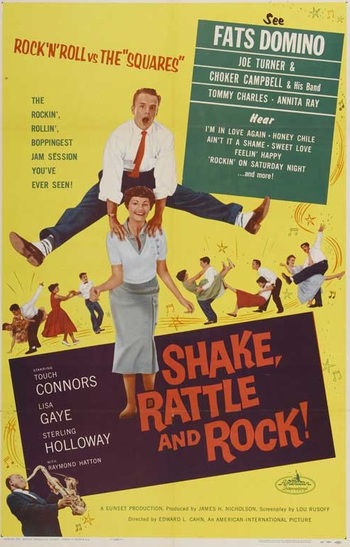 A group of concerned adults try to ban that newfangled Rock & Roll music in their town because they think that the music promotes juvenile delinquency. It's now up to a disc jockey and his Beatnik-ish right-hand man to defend the music in a televised trial. The movie also features several rock and roll performances, most notably from Fats Domino.