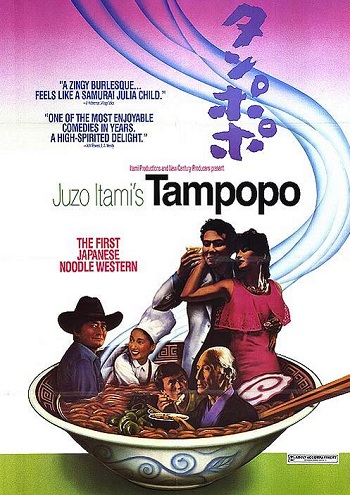 A sketch comedy revolving around food, its main narrative involves a pair of truck drivers, one dressed like a cowboy, who take it upon themselves to revitalize the eponymous character's failing ramen shop. Another bit involves a white-suited Yakuza and his mistress engaging in food play. Beyond that, there's a man who teaches the proper method of eating ramen, managers getting upstaged by a subordinate at a French restaurant, spaghetti slurping, homeless foodies, trips to the dentist, an old woman who wrecks a grocer's produce, a pickpocket who loves peking duck, and a dying housewife who prepares one last meal for her family.

The film was popular overseas in the late-'80s art house circuit, and many ramen shops claim to have been inspired by it.