Film / Fox and His Friends 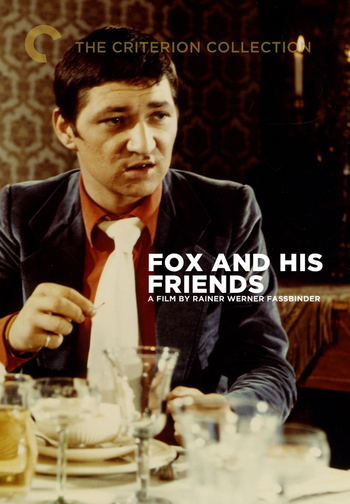 Fox and His Friends (German title: Faustrecht der Freiheit or "The Fist Right of the Freedom") is 1975 film by Rainer Werner Fassbinder.

A young, working-class gay man wins the lottery and falls in love with the son of an industrialist, who sees him as an easy target and swindles him out of his fortune. The film is a rather cutting look at the relationship between love and money, and that the former can't exist unless the latter is in a healthy supply.

Not to be confused with the Fox News morning program Fox & Friends.