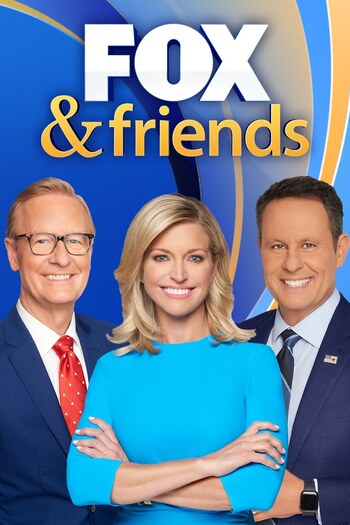 Fox & Friends is the longtime morning show on Fox News, airing from 6:00am to 9:00am Eastern time. Though ostensibly a typical morning news program in the vein of Todaynote even though Fox admits it is an opinion program, putting it in the same club as The O'Reilly Factor, the show has become increasingly known for pushing conservative viewpoints in its presentation. During the presidency of Donald Trump, Fox & Friends became infamous both for serving as Trump's unofficial platform (via his habitual on-air phone calls) and for seemingly influencing Trump's behavior and decision-making, as evidenced by his incendiary tweets on certain topics immediately after they were covered on the show. As such, Rule of Cautious Editing Judgment is advised when adding examples to this page.

Not to be confused with the film Fox and His Friends.