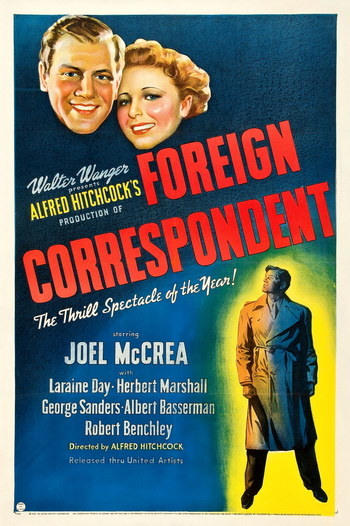 One of Alfred Hitchcock's higher-budget productions, the 1940 thriller Foreign Correspondent is the story of American reporter Johnny Jones (Joel McCrea), who is sent to investigate the rumblings of war in Europe. Along the way, he uncovers a conspiracy, falls in love and possibly discovers the story of the century. The final scene resembles — but actually predates — Edward Murrow's broadcasts during the Blitz

Co-starring Laraine Day, Herbert Marshall, and George Sanders, the film lost the Academy Award for Best Picture to another Hitchcock film from the same year, Rebecca.