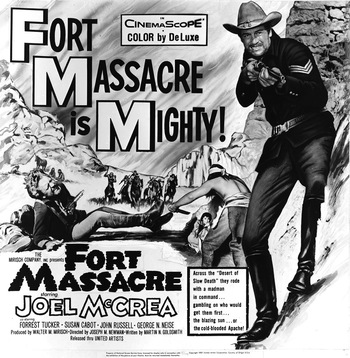 An embittered cavalry sergeant must take over his regiment after their commanding officer is killed during an ambush. Vinson is driven by his hatred of Apaches, who were responsible for the death of his wife and children. He and his remaining men, including Travis and McGurney, try to ride 100 miles to the safety of Fort Crane. Along the way they attack an Indian band, despite being heavily outnumbered. Vinson's vengeance knows no bounds, until Travis is ultimately forced to take a stand and confront him.