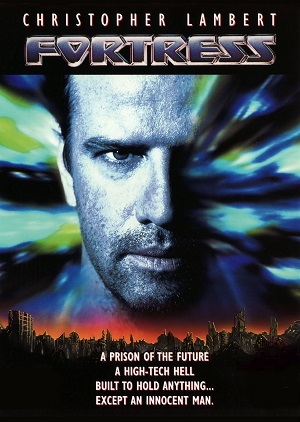 Fortress is a 1992 scifi film by Stuart Gordon.

In a dystopian future, in order to control the overpopulation, the law dictates that only one child is allowed per woman. John (Christopher Lambert) and Karen (Loryn Locklin) Brennick end up in a futuristic prison for being "breeders", people who violate said law. Now it's up to John to break them both out.

The Fortress films have examples of: