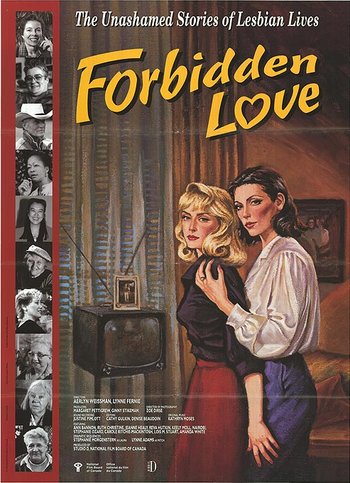 It's time they came out of the closet.
"The whole world is full of stupid myths about women."
Advertisement:

A Canadian documentary on the subject of lesbians and their culture in the 1940s-1960s. Nine different interviews are interspersed with a story about Laura, a young woman moving away and discovering her sexual orientation in a way reminiscent of classic lesbian pulp novels and their clichés; a common motif throughout. Co-directed by Lynne Fernie & Aerlyn Weissman and released in 1992, it can be viewed online for free at the producer's website