Film / The Life and Death of Colonel Blimp 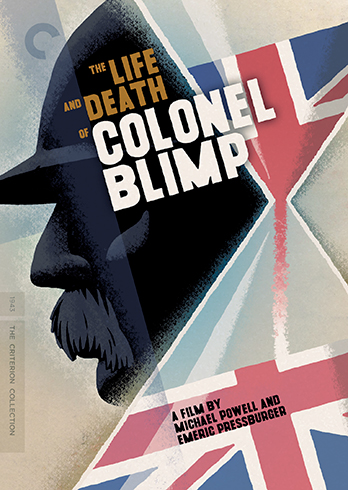 A (subtle) 1943 British World War II propaganda film whose protagonist does not die during the film, is not a colonel, and is not surnamed "Blimp". Despite this triple deception, it is very good.

In the midst of the war, a group of British Army soldiers think they are very clever when they set out to capture the commanders of the local Home Guard units so that they can easily defeat their leaderless forces in a wargame that starts later that day. They capture the Home Guard commander, Major General Clive Wynne-Candy (Roger Livesey), while he's in a Turkish bath - mocking his outrage at their invalidation of the exercise, his fatness, and his moustache. An enraged Candy begins beating the stuffing out the British Army commander, the young Lieutenant Wilson, and segues into the story of his life. Flashing back 41 years to 1902, we see a young Clive Candy, newly returned from the Boer War and wearing his new Victoria Cross. A visit to Germany at the behest of Miss Edith Hunter (Deborah Kerr), ostensibly to 'refute anti-British propaganda', and a duel with Prussian officer Theodore Kretschmar-Schuldorff (Anton Walbrook) ensues. Over the next forty years Clive and Theodore meet several more times, including in World War I, and Clive will always be on the lookout for other women like his idol, Edith.

The film was released in 1943 in the United Kingdom, at the height of World War II, and two years later in the United States (in heavily edited form).

The film was commissioned by the Ministry of Information to influence British public opinion, and was part of their general efforts to persuade the British public that the RAF's 'Strategic Bombing' campaign was effective and morally justified. The film's underlying message is that the British military's use of deeply immoral methods is both morally justified by the nature of the enemy and necessary to actually win. Unfortunately, after the war it transpired that the campaign's slight reduction in the increase of German industrial output in the final months of the war had at best been a poor return on Britain's massive investments of aircraft production and lives.

Interestingly, when they got wind of the script the Ministry of War and even Winston Churchill himself tried to prevent the film from being made. This was initially because they feared that it would mock the leadership of the British Army, as Colonel Blimp was a well-known satirical newspaper-cartoon character who expressed reactionary, jingoistic, ignorant, and frankly moronic views:

Upon examining the script, they continued to obstruct its production out of fears that it would might instill doubts about whether all Germans were inherently thuggish and brutal, as in all the propaganda produced during the war so far and in World War I. This was done because it was not felt that ordinary British people were capable of understanding nuance. Together they successfully prevented Powell & Pressburger from hiring Laurence Olivier for the role of Blimp and legally using military equipment and vehicles (which had to be stolen). At the time of its release critics also attacked it for mocking the British Army and/or being "pro-German".

It has subsequently been considered one of the finest British films, and to have taken anti-Nazi wartime propaganda to much subtler and more ethical level, which was arguably more effective for those very reasons. It was the fourth collaboration between writer-directors Michael Powell and Emeric Pressburger in their production company, The Archers. The duo would go on to make several more films, including The Red Shoes and Black Narcissus. Also notable for being the breakout part for British actress Deborah Kerr, who was only 21 when the film was made.