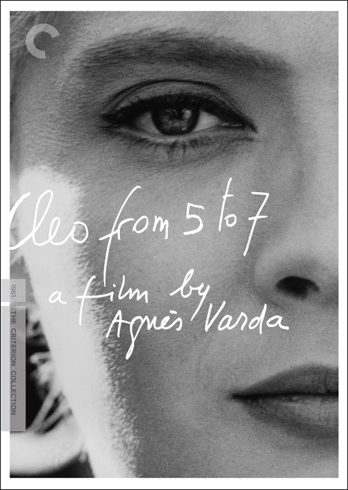 "As long as I'm beautiful, I'm even more alive than the others."
Advertisement:

Cleo from 5 to 7 is one of the first films by Agnès Varda, a Nouvelle Vague director. It depicts two hours in the life of a woman wandering throughout Paris on June 22, 1961.

As Slant puts it

, "Photographer-turned-director Agnes Varda is considered the archetypal girl who crashed the big boys' clubhouse, and Cléo from 5 to 7 was the film that paid her membership fee."

Florence Victoire a.k.a. Cleo is a young singer whose career has recently taken off. She has just been told she might have cancer and is anxiously awaiting her biopsy results, which she will get at 7 PM. She visits a Fortune Teller, whose tarot reading increases her fears rather than reassuring her. She then goes to a café with her maid, and then to her luxurious apartment where she receives the visit of her lover, a wealthy older man, and later of her two songwriters. She goes back out and picks up her friend, who works as a nude model in a sculpture workshop. They go to a cinema where they watch a short silent film from the projectionist's room. After they part, she goes to Parc Montsouris, where she's chatted up by a talkative but pleasantly earnest soldier whose leave is about to end. He accompanies her to the hospital where she picks up her inconclusive biopsy results. And that's it.

The film develops several themes: The fear of death, the possibility of living a meaningful life, the relations between human beings, the perception of women. But it is also a quasi-documentary depiction of Paris in the early 1960s.