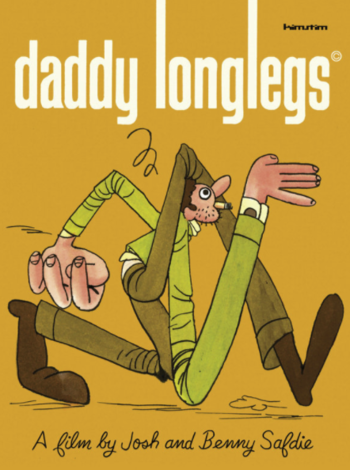 "It's my screw up. I'm entitled to screw up."
—Lenny
Advertisement:

Daddy Longlegs is the first directorial collaboration by The Safdie Brothers* Josh had his individual debut with The Pleasure Of Being Robbed a year prior. It's an indie Dramedy with a limited festival run in 2009 before a wider release in 2010.

The film unfolds with laser focus on Lenny (Ronald Bronstein), a divorcee in the Big Apple, during a two-week arranged custody of his elementary-aged sons. Juggling his job as a theater projectionist, two hyperactive young boys and a stale relationship, the demands Lenny must rise to meet become progressively more stressful to fill. The Safdies themselves based it loosely on experiences they'd had with their father in New York as children.