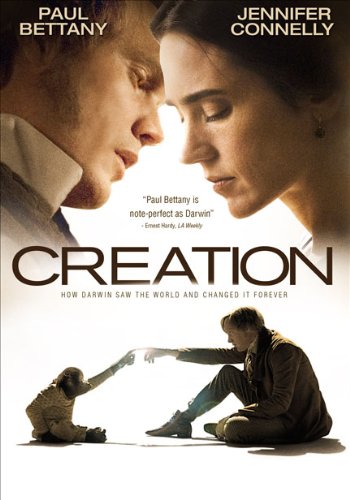 Creation is a 2009 British biographical drama film. Produced by Jeremy Thomas, the film was directed by Jon Amiel, and stars Paul Bettany and Jennifer Connelly as Charles and Emma Darwin (themselves married in Real Life). John Collee wrote the script based on Randal Keynes' biography of Darwin, titled Annie's Box.

The film is a partly biographical, partly fictionalised account of Charles Darwin's relationship with his eldest daughter, Annie (Martha West), as he struggles to write On the Origin of Species.