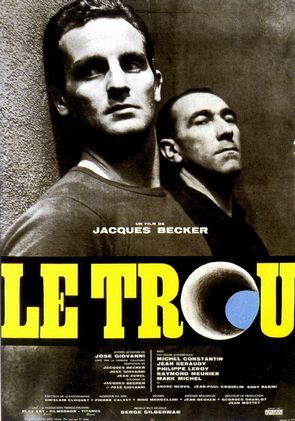 "Hello. My friend Jacques Becker recreated a true story in all its detail. My story. It took place in 1947 at the Santé prison..."
—Introduction by one of the real prisoners, Jean Keraudy, who's also part of the main cast
Advertisement:

Also called The Night Watch, Le Trou is a film by Jacques Beckernote his last film in fact: he died weeks after shooting about a Real Life escape attempt by five inmates at La Santé prison in 1947. It is adapted from José Giovanni's book of the same name.

The film is notable for its use of mostly non-actors, its sparse editing and its tense atmosphere. A few of the first-time actors would go on to have fruitful film careers and the film is now regarded as one of Keraudy's best.