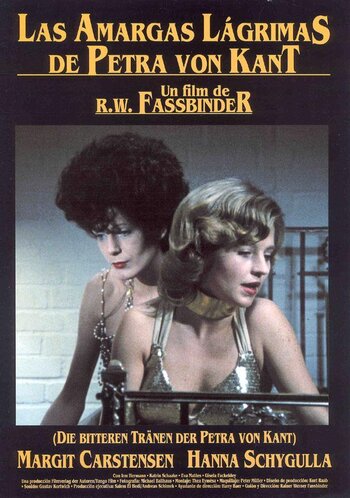 The Bitter Tears of Petra von Kant (German: Die bitteren Tränen der Petra von Kant) is a 1972 film directed by Rainer Werner Fassbinder, starring Margit Carstensen, Irm Hermann, and Hanna Schygulla. It is based on the play of the same name written by Fassbinder.

Petra von Kant (Carstensen) is a successful fashion designer who in the past was abused by her husband. She has a daughter who is educated in the boarding school. Petra also employs Marlene (Hermann), a servant who is completely mute and constantly mistreated by Petra. Petra meets the much younger Karin (Schygulla) and they start a relationship. After some time it turns out that Karin doesn't love her. Petra has a nervous breakdown insulting her mother, sister and daughter whom she maintains. In the end Petra and Karin reach a reconciliation of sorts, but Karin still leaves. Petra behaves kindly to Marlene for the first time and the servant at once starts to pack her bags.