Film / Blood of the Tribades 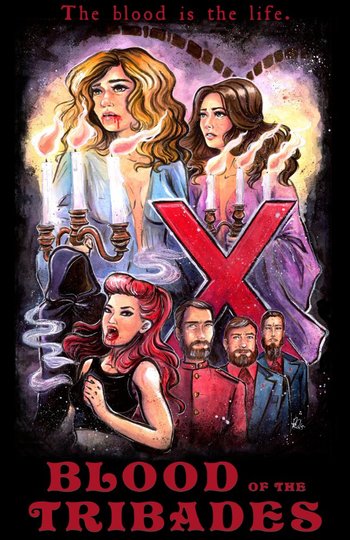 A 2016 film, Blood of the Tribades follows a conflict between male and female vampires in the hidden village of Bathory. The male vampire clergy, who have long struggled with the women over power, have been inflicted by a mysterious disease which they blame on others. Because of this, they killed all other male vampires, and exiled most of the women, slaughtering any others who they deem sinners. The lesbian vampire couple Élisabeth and Fantine, along with the other female vampires exiled from Bathory, seek to rediscover their past while preserving what is left before Bathor, the vampires' god, is prophesied to return and judge them all.