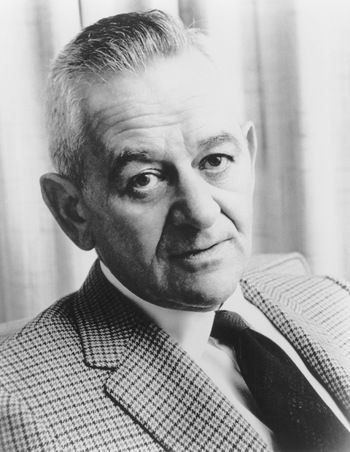 He was born in Mülhausen, Alsace, then-Imperial Germany (nowadays' Mulhouse, France), the son of two Jewish haberdashers. His mother was a cousin of Carl Laemmle, the founder of Universal Pictures. After briefly moving to Paris, it was clear that he had no interest in haberdashery, and Carl Laemmle took him to America. Willi then slowly climbed the ladder of the movie business to become a director.

His most famous works included Ben-Hur (1959), The Best Years of Our Lives (1946), and Mrs. Miniver (1942), all of which won Wyler Academy Awards for Best Director, as well as Best Picture in their respective years, making him the only director of three Best Picture winners. Wyler received his first Oscar nomination for directing Dodsworth (1936).

Wyler is considered to have been a bona fide perfectionist, whose penchant for retakes and an attempt to hone every last nuance became the stuff of legend. His ability to direct a string of classic literary adaptations into huge box-office and critical successes made him one of Hollywood's most bankable moviemakers during the 1930s and The '40s and into The '60s.

He's credited with helping propel a number of actors to stardom, directing Audrey Hepburn in her Hollywood debut film, Roman Holiday (1953), and directing Barbra Streisand in her debut film, Funny Girl (1968). Both of these performances won Academy Awards. He directed Olivia de Havilland to her second Oscar in The Heiress (1949) and Laurence Olivier to his first Oscar nomination in Wuthering Heights (1939). Olivier would later credit Wyler with teaching him how to act for the screen, while Bette Davis, who received three Oscar nominations under his direction and won her second Oscar in Jezebel (1938), said Wyler made her a "far, far better actress" than she had ever been.