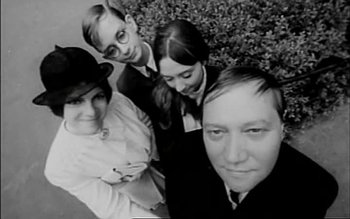 The Cremator (original title Spalovač mrtvol) is a 1969 Czechoslovak film by a Slovak director Juraj Herz made from a Czech novel of the same name. The book was written by Ladislav Fuks.

Its main character is a Czech family man who is a head waiter and also moonlights as a cremator in 1938. Later he drops his job in a restaurant and dedicates all his time to the crematorium. His life is quite regular however political situation takes a dangerous turn as Czechoslovakia is in danger to be occupied by the Nazi Germany. Gradually the soul of Karl gives in to evil. He eventually commits things one would never believe he was capable of.