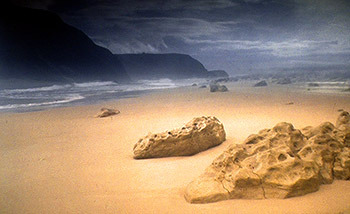 The Seventh Continent (German: Der siebente Kontinent) is a 1989 Austrian drama film directed by Michael Haneke. It is Haneke's debut feature film, reportedly Inspired by… a true story. The film chronicles the last years of the European family in Austria, which consists of Georg, an engineer; his wife Anna, an optician; and their young daughter, Eva. They lead routine urban middle-class lives, with hopes of escaping to Australia to start a new life.