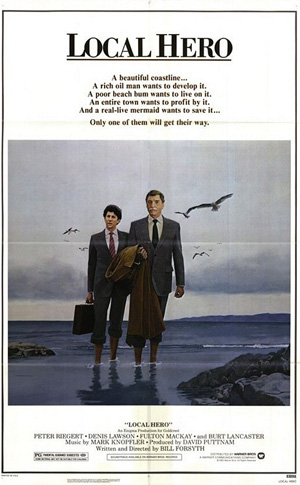 A rather charming 1983 film directed by Bill Forsyth and starring Peter Riegert, Denis Lawson, Peter Capaldi (in his film debut) and Burt Lancaster. This thoughtful comedy-drama follows an American oil company executive, "Mac" MacIntyre (Riegert), who is sent to negotiate with the local inhabitants of the Scottish town of Ferness because their home lies on prime coastline for new petroleum and chemical processing facilities.