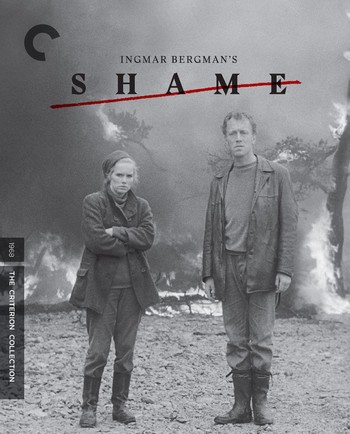 Skammen (Shame in English) is a 1968 film directed by Ingmar Bergman and starring Max von Sydow and Liv Ullmann. It is a war movie dedicated to the experiences of a couple of the peasants who suddenly find themselves in the heat of the warfare. They are thoroughly peaceful and need to do their best to survive as both fighting factions in turns take control of the zone where their isolated farm is located.