Literature / The Wizard, the Witch, and Two Girls from Jersey 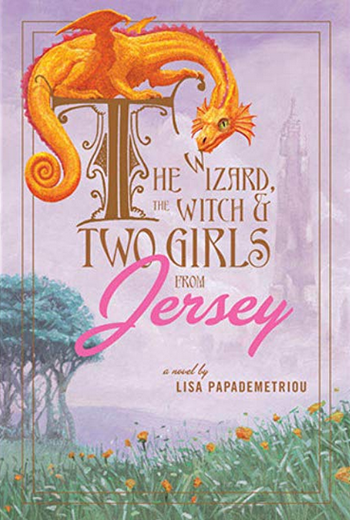 The ancient land of Galma is in trouble. The Queen of Twilight has two magic orbs that shroud the land in perpetual, well, twilight and she's after the third to make it perpetual night. Only Princess Arabelle can defeat her and save Galma for she is the One whom the prophecies talk about.
Advertisement:

Unfortunately, there was a little mishap involving two girls, Heather Simms and Veronica Lopez, and Princess Arabelle is sort of out of commission. Forever.

Heather and Veronica were just fighting over a book, The Queen of Twilight, at a bookstore when suddenly they were inside the book. Now, the entire plot has gone Off the Rails and Veronica has to struggle to get it back, while Heather is mistaken for Arabelle and proceeds to complain about everything and everyone.

Lisa Papademetriou wrote this hilarious Affectionate Parody of J. R. R. Tolkien and other fantasy books. It is a must read.

The Wizard, The Witch, and Two Girls from Jersey contains examples of: