Film / The Prince of Tides 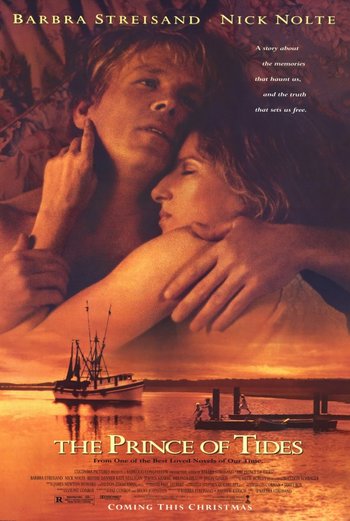 The Prince of Tides is a 1991 romantic drama film based on the novel of the same name by Pat Conroy. It was directed by and stars Barbra Streisand.

Tom Wingo (Nick Nolte) a teacher and football coach in South Carolina, is called to New York to tend to his twin sister, Savannah (Melinda Dillon), who has attempted suicide. There, he meets with Savannah's counselor, Dr. Susan Lowenstein (Streisand), with whom he recounts Savannah's and his own traumatic childhoods and falls in love.