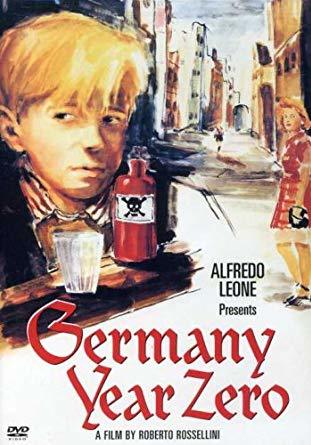 Edmund lives with his ailing father and his brother and sister in a bombed apartment building with five other families. His sister is accused of prostituting herself to the Allied officers occupying Berlin. His brother Karl-Heinz wants to register with the government so he can work, but cannot because he fears repercussions from his activities as part of a Nazi regiment. In an effort to help his family, Edmund partakes in the black market that rules Berlin, and falls in with a group of more worldly teenagers who introduce him to such activities as scamming, stealing, and casual sex.

Ultimately he looks to his former teacher for guidance, little realizing that this will only lead to further disaster...