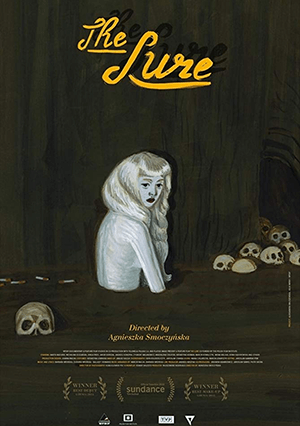 The Lure is a 2015 horror film from Polish director Agnieszka Smoczyńska loosely based on The Little Mermaid by Hans Christian Andersen.

A chance encounter between two mermaid sisters, Silver and Golden, and a family of musicians ends up with the girls recruited into a cabaret. As they try to blend in with the human crowd, one of them becomes attracted to her bandmate, while the other one follows her murderous instincts.

Blending the genres of black comedy, horror and musical, the movie draws inspiration from folk tales and the realities of life in late '80s Poland.