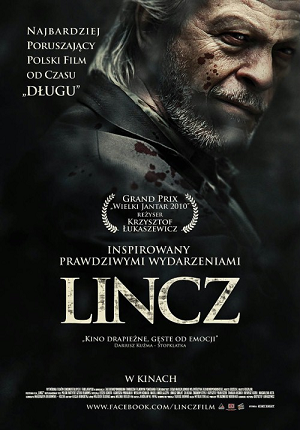 A Polish film takes up the issue of justice carried out by a rural community, in the Polish village of Wlodow, neglected by the authorities and left to their own devices to deal with the unpredictable violence of a local criminal. Six men lynch the criminal and brutally murder him after which they are put on trial. The film carefully reconstructs both the incident itself and the trial against the perpetrators of the crime. It was shot close to the village of Włodów in a similar landscape and social environment, maintaining both the original character of the environs and circumstances.