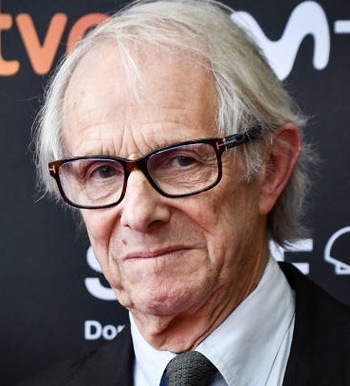 "A movie isn't a political movement, a party or even an article. It's just a film. At best it can add its voice to public outrage."
Advertisement:

Kenneth Charles Loach (born 17 June 1936) is an English filmmaker who has made a string of social-realist masterpieces. A staunch political socialist, he is an ardent critic of the capitalist system, interested in the plight of the poor and oppressed.

Loach first became acclaimed in the late 1960s, with his early masterpiece Kes. He followed it in the early '70s with the cruel Kitchen Sink Drama Family Life. Loach has continued going on strong in the ensuing decades with a string of positively-received films.

He is a two-time winner of the Palme d'Or, earning both prizes since the Turn of the Millennium.