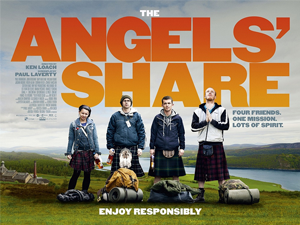 Robbie is a jobless and violent Glaswegian young man who narrowly avoids a prison sentence. He is soon to be father and determined to turn over a new leaf and when he and his friends from the same community payback group visit a whisky distillery, a route to a new life becomes apparent. At a tasting session, the group learns about a cask of priceless malt whisky set to go on auction soon, and plans to steal it. They dress in kilts as "nobody ever suspects someone wearing a kilt".