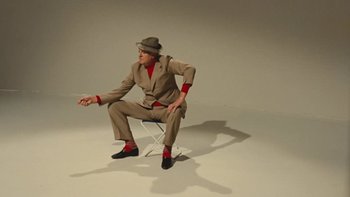 It does not have a story, but instead is a filmed performance of a circus. The circus has many of the acts one might expect to find in an indoor stage circus, like jugglers, a magician, a singer, and acrobats. Appearing as himself (apparently) is Jacques Tati, who is master of ceremonies for the circus, and also does some of the mime performances that first made him a star in the 1930s: a fisherman who struggles with his catch, a boxer who is overmatched, a soccer goalie, and others.

Jacques Tati's last feature film. This film was originally made for Swedish television but received a limited theatrical release in France.