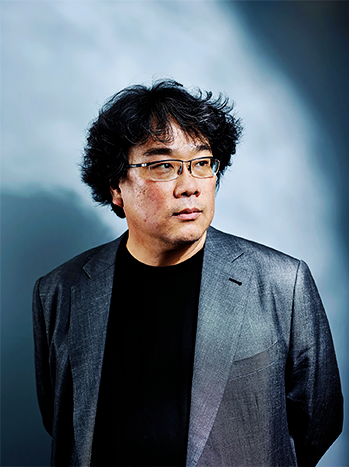 "When directing the movie, I tried to express a sentiment specific to the Korean culture and I thought that it was full of Koreanness if seen from an outsider's perspective, but upon screening the film after completion, all the responses from different audiences were pretty much the same, which made me realize that the topic was universal, in fact. Essentially, we all live in the same country called capitalism."
— Bong Joon-ho on the international appeal of Parasite
Advertisement:

He garnered international acclaim for his second feature film, Memories of Murder, before achieving commercial success with his subsequent films The Host (2006) and Snowpiercer, both of which are among the highest-grossing films of all time in South Korea.

Two of his films have screened in competition at the Cannes Film Festival: Okja, which premiered at the 2017 festival, and Parasite, which won the Palme d'Or at the 2019 festival and has since gone on to become one of the biggest modern commercial and critical successes in Korean film history. In addition, the film also has four Academy Award wins, including not only Best Director for Bong, but also Best Picture, the first non-English language film to win. This ties him with Walt Disney for receiving the most Oscars in a single ceremony, and the most for a single film as Disney’s were all for different works.

Tropes that apply to Bong Joon-ho's work include: