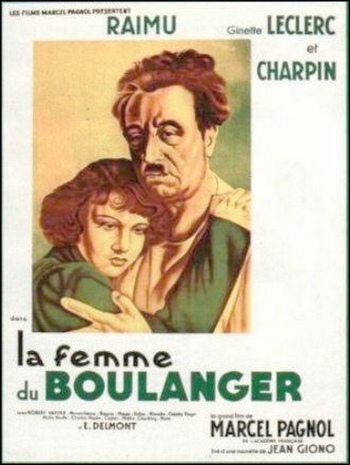 The Baker's Wife (La Femme du Boulanger) is a 1938 French film directed by Marcel Pagnol. It is based on a novel by Jean Giono.

The residents of a small village in Provence (South-East France) are happy when a new baker named Aimable Castanier (played by Raimu) moves in, as they had been forced to go far to get their bread before.

Then Aurélie (played by Ginette Leclerc), the baker's young wife, runs off with a shepherd, and the baker loses all interest in baking.